How a moving company franchise is improving support, recruitment, and employee communication with SMS 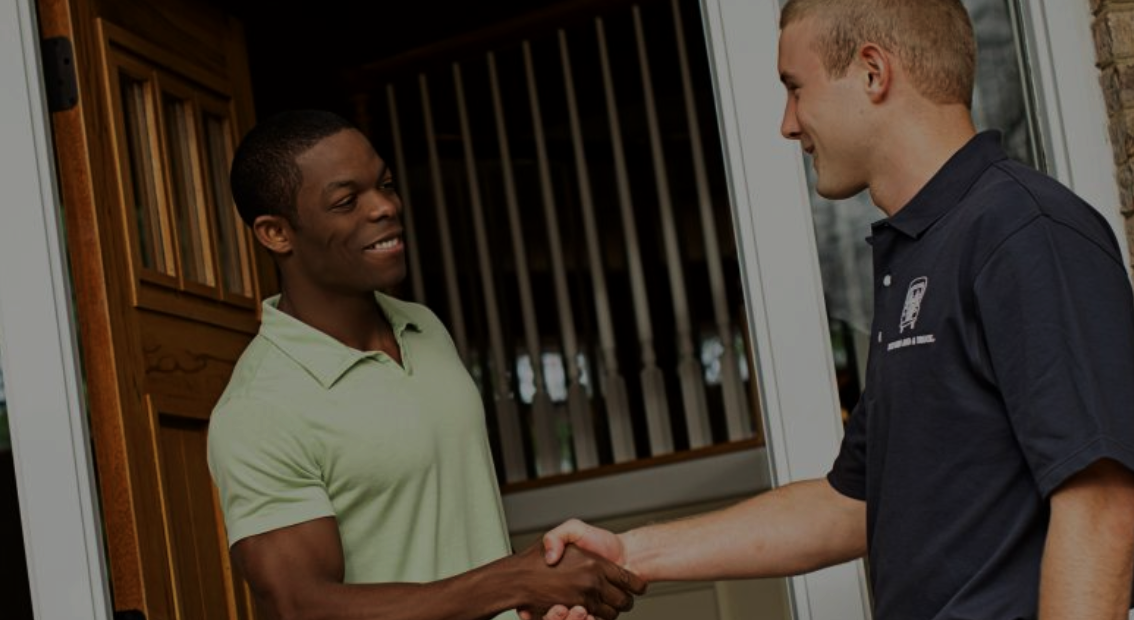 TWO MEN AND A TRUCK® started when brothers Brig and Jon Sorber were in high school and decided to make some extra money by moving people with their old pickup truck. They never expected it to be more than a local moving company. Today, TWO MEN AND A TRUCK® has grown to more than 350 locations worldwide and is the fastest-growing franchised moving company in the United States.

One of the franchise owners is Paul Brown, who’s been in the business for over 10 years, covering 4 territories in the Chicago area. Paul and his team manage a fleet of 25 trucks and do around 5,000 moves a year.

Before Avochato, Paul and his team were handling client interactions over the phone. However, the process was extremely inefficient, because most prospects wouldn’t pick up the phone the first time they called. The team would then leave a voicemail. The client would call back and wait in line to talk to an agent. “We were constantly playing phone tag, which was quite frustrating for our clients and for us”, says Paul. It was also challenging for him to quickly get a hold of his entire team - which, depending on seasonality, can grow up to 125 employees - via phone calls.

“Texting is the new email. People check their emails periodically, but they check their text messages all the time. We now get much higher response rates to our messages.”
Paul Brown, President, Two Men and a Truck Chicago

When Paul discovered Avochato, he was immediately impressed by the product - the user-friendly interface and advanced customization options make it significantly easier for his team to stay organized and be more efficient. When prospects text in requesting a quote, they’re automatically assigned to an available agent and don’t have to be put on hold. Features like Templates help them save time by pre-populating messages that are frequently used. They can also quickly reach specific movers in the field with real-time information about the job. Currently, Paul has a team of around 10 users managing over 100 two-way conversations over SMS every day.

Additionally, Paul found SMS to be a very effective channel for recruitment - using Avochato’s Surveys, he can get candidates to fill out a “mini-application” over text by answering a few basic questions like their location or the number of hours they’re available to work, and automatically save the answers to the candidate’s profile.

Paul is also a big fan of Avochato’s mobile app. According to him, “a lot of apps are a watered-down version of the actual software. With Avochato, I can’t really think of anything that the app doesn’t do.” That allows him to work from anywhere, and be notified in real-time of any issues that require his attention.

Since implementing Avochato, Paul noticed great improvement in his team’s efficiency and speed to reply to customer requests for estimates. “Texting is the new email. People check their email periodically, but they check their text messages all the time. We now get much higher response rates to our messages. And if we need to make a phone call, people already know who’s calling, so they pick up the phone.”

For more information on how Avochato can help your company, text MOVE to (415) 214-8977 or write us at sales@avochato.com.

Get in touch with us